Do You Know Your Customers' Jobs-to-be-Done? 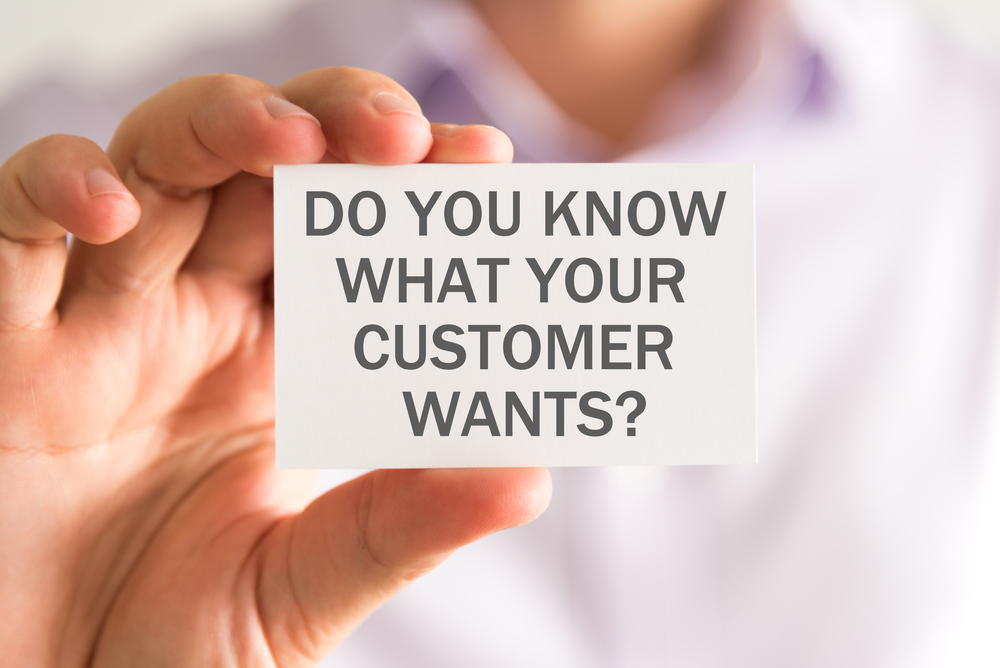 Today, people are asking about jobs-to-be-done because it's a trendy topic. Specifically, they're asking, "What is the job?" If you're on a product, marketing or sales team at a company, jobs-to-be-done can help you identify your customers' job, not your company's job. If you're going to build an innovation process that helps your company grow using jobs-to-be-done, you want to look at who the customer is, whether it's a real person at a company, a consumer, or even an entire market. Those jobs your customers are trying to get done are what you want to focus on, not your company's job. That's the key difference with Jobs-to-be-Done Theory.

History is littered with failures. These are the businesses that focused on their own job instead of focusing on the customer's job, with their own job often being some version of "improve your current product." If we look at Blackberry, for example, they had a mobile device that was a bestseller. It was good. It had a keyboard. They sold a lot of them and they made a ton of improvements to that product. But then the iPhone came out and it got the customers' jobs done much, much better. People stopped buying Blackberries. Suddenly, Blackberry, who had optimized that product and gotten people to buy a device with a mobile keyboard, was losing tons of market share super fast.

Understanding why people buy products and services is the core underlying idea that Clay Christensen at Harvard Business School articulated so well: People don't buy products, they hire products to get jobs done. What that means is, you need a good job statement to define the market you're in.

There are different types of jobs: functional jobs, consumption jobs and emotional jobs. When you're doing your market research, you'll want to start with a great understanding of your customers' job. We often like to say that, very simply, your customers' job is a goal they're trying to achieve or problem they're trying to solve. For example, drivers need to get to a destination on time. Parents need to get a baby to sleep through the night. Doctors need to restore artery blood flow. Salespeople need to acquire customers, etc., etc. There are lots of examples but the point is, if you have a good job statement, and it can pass that wake-up-in-the-morning test, then you're more likely to create a customer experience that will benefit your customer and, ultimately, help accelerate your growth.

One of the most dangerous things you can do is to focus on your internal metrics only. Internal metrics are great as indicators for your success, but if you start to believe that the only problem you need to solve is how frequently people use your product, or what your profitability is, you can easily lose sight of what your customers' job is, and the ways you can get it done better than your competitors. While you may miss out on opportunities that are more profitable in the short term, over time, you'll end up taking a larger share of the whole market.

This is similar to classic disruption theory where you are the incumbent and you have a successful product. You keep making that product better and better for premium customers. A new product comes in at the low end part of the market, but it's not as good and it doesn't serve your premium customers and their needs. However, it does do well with the low-end of the market that you don't care about. You "flee upstream"  to get the most profitable part of the market because that's what you need at that point to solve your problems as a business. Eventually, you come to believe that the disrupter doesn't matter. That their product is worse. That it's not useful. And, eventually, they catch up to you because they're getting a different part of the job done -- or they get the whole job done better -- and now they take your premium customers as well.

It's really important to ask yourself a couple of questions. First of all, who is your customer? Second, how do you target the largest market size possible without going after pure profitability? In other words, how do you get the job done as best as you can in the most profitable way?

Apple's iPhone is an interesting example looking at it through a few different lenses. First of all, it was a new platform to get jobs done and, of course, it had to compete with the Blackberry. In other dimensions, it clearly wasn't good for typing; it was worse to type on an iPhone than it was to type on a physical keyboard on the Blackberry.  But Blackberry thought of its market as keyboard devices. So what was the iPhone? It was disruptive because it still managed to enter the market, even though it was a very high price point for a phone. Famously, Steve Ballmer dismissed the iPhone saying no one was gonna pay $500 for a phone.

As it turns out, it wasn't really a phone: it's a small computer. Clay Christensen even missed this. He said the iPhone would never be successful because it wasn't disruptive. This, of course, was probably one of the biggest mistakes in business analysis history because iPhones created the most valuable company in the world -- ever.

The iPhone was disruptive to the computer because it enabled people who weren't buying a laptops to now have a personal computer. It was a computer for people who weren't near their computers. If you're on the subway, if you're taking a jog, suddenly you have a computer in your pocket and your laptop can't do that. Steve Jobs famously said, when he launched it, that it was an internet communicator, it was a phone, and it was an MP3 player. It was all three of those things, but really, it was a computer platform that was going to get more and more jobs done over time. This is just one of many great case studies where you could apply jobs-to-be-done theory, looking at the market from this perspective.

Reach out to us today if you'd like to learn more about how to accurately identify your customers’ job-to-be-done, and try thrv for free. 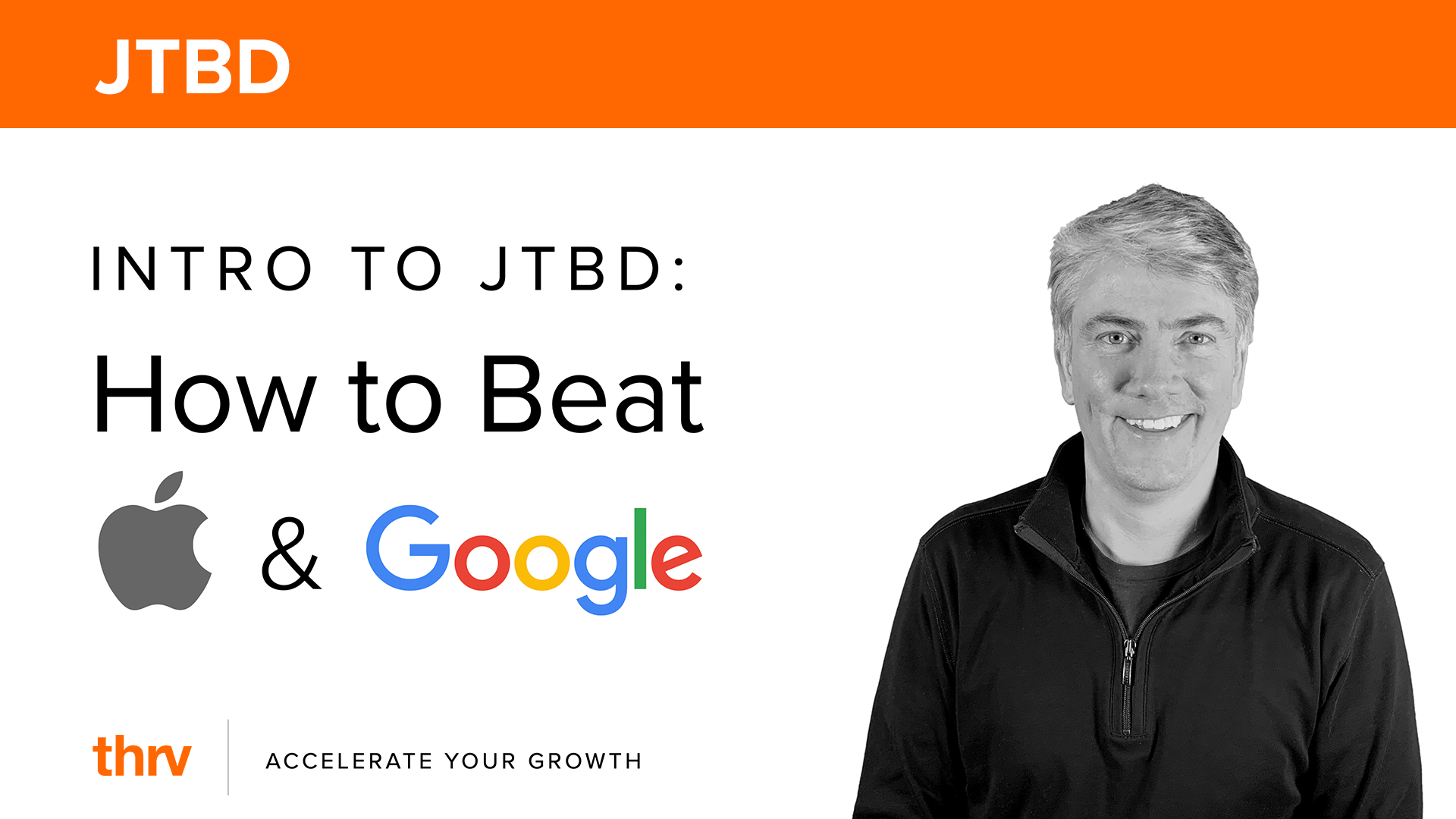 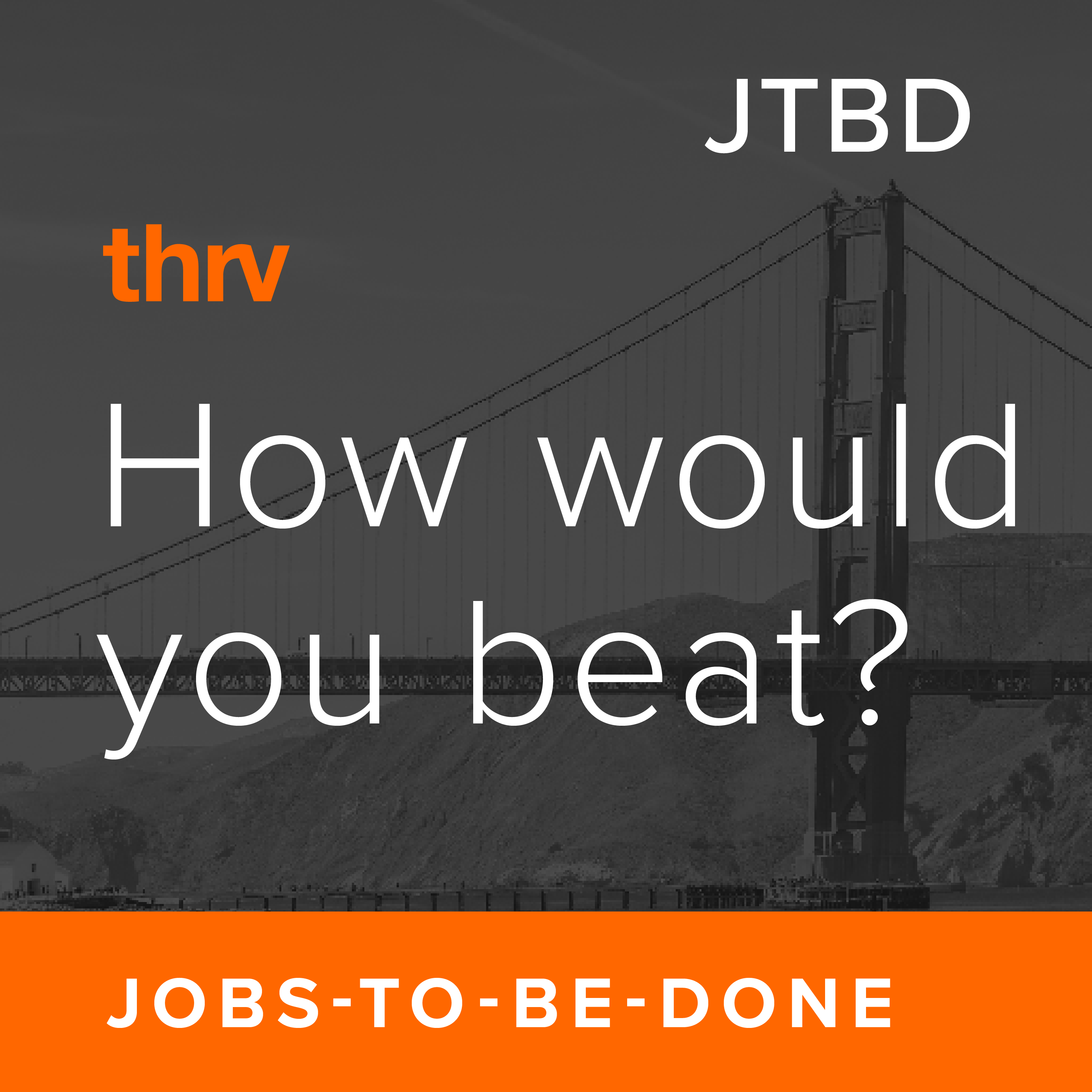